Electric vehicles for a fleet - are they the future? 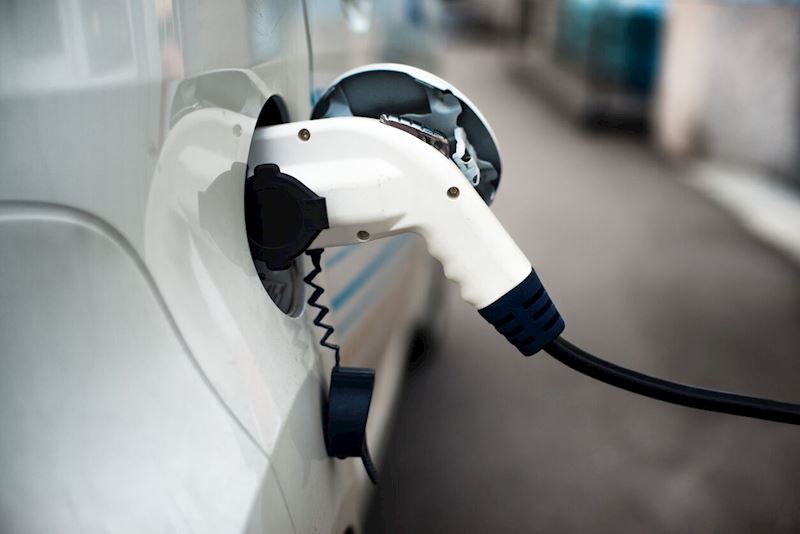 Electric vehicles for a fleet - are they the future?

For instance, a Nissan Leaf had a city mile range between 135km (84miles) and 172km (107miles) on average at 110 Volts (urban traffic, not motorway travel) and it needed about 7 hours for a full charge (at 220 Volts). Plus, there were not as many charging outlets and electric stations across the countries, the UK included. That aside, motorway driving quickly drained the battery of the electric vehicle, which meant that car manufacturers were missing the full potential ROI, given that running short on range when their customers needed them the most was a common situation. All that combined made it very difficult for the manufacturer and businesses to take a bold step and implement a fleet of electric cars.

Nevertheless, all that has changed. Today, having electric vehicles for a fleet provides businesses with great potential to save money, expand their business footprint, improve their ROI, and use more eco-friendly solutions to petrol-run fleets.

This means that you can keep your EVs (i.e. Tesla Model 3 or Chevy Bolt) on the road twice the time than before (except for Tesla Model S model and Model X). For models, such as BMW i3, Nisaan Leaf, Ford Focus Electric, Kia Soul, and Fiat 500e, the range quotes are more than double that of the first generation EVs.

Having a 200-mile EV will, undoubtedly, offer a great boost, even with factors, such as climate control and motorway battery drain factored in, given that almost 60% of fleet cars travel about 40 miles per day on average. So, dispatchers can opt for a single vehicle to cover most of the runs a fleet car will make, instead of having two vehicles in service.

Instead of dreading over whether your drivers will make it back to the garage or to a charger, which used to be the norm with models, such as the Focus Electric that did not have the capacity to charge fast and forced drivers to work with fewer than 80 miles before running out of juice, new generation EVs are equipped with DC quick charge (DCQC) capacity, which allows them to add some 40 miles, on average, in less than 15 minutes (Tesla Model S adds 120 miles in 15 minutes).

Starting out with, at least, 200 miles and being able to add another 40 miles along the way in a few minutes certainly gives peace of mind when having a fleet of EVs. Nevertheless, car manufacturers like Porsche are focused on designing even faster-charging cars (such as the Mission E model) that add 240 miles of range in just 15 minutes, so we are bound for new, exciting “revelations” coming soon.

As for the lack of charging spots, things have evolved greatly over the past few years and there are plenty of charging points across the UK.

The most popular solution is plugs; however, wireless road charging (charging pads installed in parking spots) is also about to become an option. This will allow EV drivers to skip lines to charge their vehicle’s battery. The concept is that the vehicle will take itself to the nearest available charging spot and start charging (aka autonomous park & charge concept) while its driver is delivering goods or making a business sale. Highways England has been testing this concept for the past couple of years.

Ford has come forward with the C-Max Solar Energi model that impresses with its solar roof panels that allow the car to charge its battery while driving down the road using power from the sun, followed by second-generation Toyota Prius Prime, among others.

Things show that the technology will further advance in the near future to the point it will improve battery range considerably. In fact, almost every carmaker today (i.e. see Honda, Nissan, Ford, and Toyota) has an active program to introduce EVs with wireless charging (at various stages of maturity, of course). Paired with fast-charger installed in every parking lot, electric vehicles of tomorrow will become even more desirable and attractive options for the aspiring fleet owner.

First-generation Nissan Leaf (about ₤23K) is considered to be the best-selling electric model of all time. Model 3 comes with a 3X more mile range (255 percent increase) for a 20% price increase (at around ₤27K). This is twice the range at a mere 2.3 percent markup. The same applies to Chevy Bolt EV and other models.

Adding to that, prices for the EV lineup are dropping this year, giving a chance to fleet owners to acquire EV vehicles with more range and a much lower upfront purchase price.

If one calculates the ROI of an EV, it will become clear that the new electric models make it easier to pay back the plugin premium, compared to their petrol-fueled equivalents, and help maximise the fleet owner’s return, with wise maintenance and charging management.

Electric vehicles are the most eco-friendly option, and the less likely to get banned as part of measurements to help reduce smog levels and improve air quality (see China’s red alerts that resulted in the ban of ICE cars and trucks). So, we shouldn't be surprised by recent news regarding restrictions on petrol engines in the future. This is why opting for EVs with sufficient mile range will allow you to continue running your business and make your deliveries promptly; a major asset for your business indeed.

For that reason, we also expect an increase of government incentives to own and operate EVs.

Electric vehicles are no longer boring, slow, inconvenient or small. New generation EVs tick all the boxes and, as battery costs continue to drop, they are a superb option for fleet owners that wish to make the most out of their money.