Everything you need to know about Emission Zones for Fleet Managers 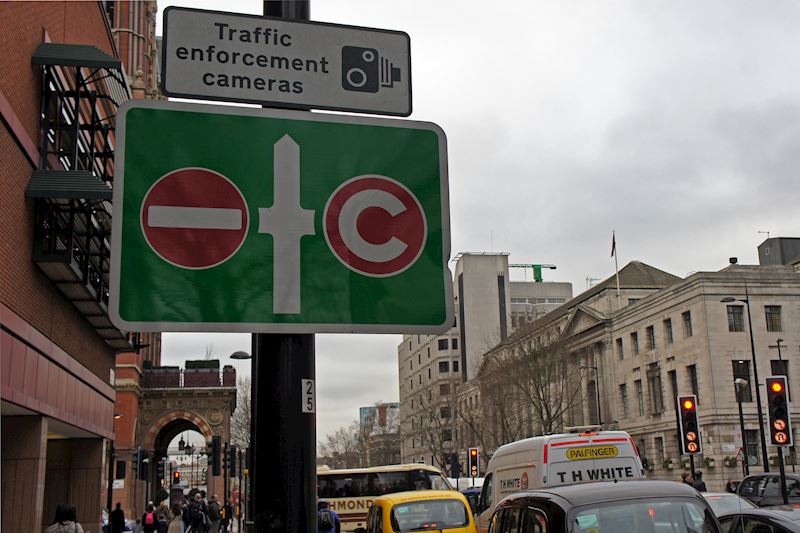 Everything you need to know about Emission Zones for Fleet Managers

London Mayor, Sadiq Khan, recently stated that he wants to aim for a zero-emission public transport system in London by 2050. Khan wants to achieve this by clearing up to 3 million cars a day from London’s road network.

What is the current situation in UK cities?

Cars to enter those areas need to be cleaner (they should reach a minimum standard for emissions) while certain types of polluting vehicles are discouraged (not forbidden) from entering these areas/zones. However, if higher emission vehicles enter the low emission zones, they need to pay a daily charge (see below); failure to do so can result in hefty penalties and fines.

Specifically, the London Low Emission Zone covers most of Greater London, including parts of the M4 and M1 and operates 24/7, unlike the central London Congestion Charge scheme that operates Monday to Friday (from 07:00 to 18:00), excluding Bank Holidays and public holidays.

Note: Those two schemes are separate from one another, which means that drivers of vehicles affected by the one scheme who enter the zone of the other scheme must pay two charges on a weekday (only during daytime). So, check each scheme’s boundaries as there are no toll booths or barriers that pinpoint that (you will find clear signage for the London Emission Zone, plus signs before and within the zone that offer you an alternative route if you do not want to enter the zone).

This scheme bans certain types of vehicles entering inner-city areas with increased air pollution, and is expected to come into force in 2020 (September). The London Ultra-Low Emission Zone (ULEZ) will be more focused on Central London areas (will cover the same areas as the London Congestion scheme) and will operate 24/7, no exceptions.

The ULEZ comes with stricter emission limits and charges on all petrol-run vehicles built before January 2006 (Euro 4), clearly affecting a greater number of vehicles. For diesel models, Euro 6 compliance is required (vehicles built from September 2015) to be able to freely drive through the city’s roads without having to pay charges.

What do fleet managers need to know about additional charges?

Driving in London brings with its own complexity in additional charges. Often unclear and sometimes unknown to fleet managers and drivers, it’s very easy to rack up penalty fines for failing to pay emission charges.

Note: All charges within a day must be paid by the next working day after the first day of travel, at the very latest and are NOT applicable to parked vehicles. A £130 fine will be imposed to vehicle owners that do not pay the daily ULEZ charge. For larger vehicles, the fine is £1,000.

Large/national operators with large fleets will most likely not be significantly affected by the low emission zone, given that they tend to keep their company vehicles for up to 5 or 6 years (about 10 percent of fleet vehicles are replaced with newest models/vehicles every year). For example, by the time the stricter Ultra-Low Emission Zone is put into effect, they will probably have already replaced their fleet with newest models.

However, fleet owners with a mix of newer and older vehicles will also not have to face a hefty cost option. They only need to alter their fleet logistics and send their older vehicles to other parts of the country, where Low Emission Zone is not put into effect yet. So, it becomes clear that the London registered vehicles will have the greatest impact of a LEZ, especially longer-lifetime specialist vehicles.

Do fleet managers need to replace their vehicles?

For fleet owners with relatively new heavy vehicles, they may need to improve their vehicles’ PM10 emission. To do so, a relatively low-cost equipment, such as a diesel particulate filter, may be necessary. Alternatively, they could refit a new engine into their vehicles to help improve the emissions performance and reach the levels of newest models.

For the instances when they decide to replace some fleet vehicles with new or second-hand ones, the cost would be much greater, for relatively new vehicles. For older fleet vehicles, replacing the old models with newer ones can lead to an economic benefit, considering the lower maintenance costs and the improved fuel efficiency of a modern vehicle.

Taking into account the Government grants offered to encourage drivers (and, consequently, fleet owners) support the use of hybrid and electric vehicles, as well as the incentives available to all drivers whose vehicles achieve the Reduced Emissions Test (they are eligible for a discount on Vehicle Excise Duty of up to £500 annually – depending on the type of the vehicle), and provided that such grants and incentives continue (or further expand), one can understand that fleet owners’ costs would be much lower than expected.

How can vehicle tracking help?

Utilising vehicle tracking devices can help businesses manage and monitor their fleet. Using the telematics data transmitted from GPS tracking devices, businesses might be able to refute claims that they were driving in the city without paying a charge.

Alternatively, the real-time vehicle tracking software can be used to monitor drivers to ensure that they don’t stray into areas of the city where additional costs may be required. Finally, vehicle tracking data can be used to help paint a picture of the fleets combined emissions as well as fuel consumption. Such data could be theoretically used to benchmark against internal environmentally friendly targets and help demonstrate that the business is increasingly trying to improve their carbon footprint.

Nevertheless, if the emissions criteria become stricter, more vehicles will be affected and fleet owners will most likely be forced to take greater action (i.e. replace more of their fleet vehicles or have more expensive retrofit equipment to comply with the stricter regulations). That aside, the value of the most relatively new heavy vehicles that will continue to operate within the Low Emission zone will significantly reduce (provided fleet owners have taken the necessary measures to preserve the asset value of these vehicles), which, in turns, will have a severe impact on fleet owners.

Do you have a question? Ask us anything

See everything about your commercial vehicles
from anywhere in the world.

See everything about your commercial vehicles from anywhere in the world.