How to successfully make a pothole damage claim 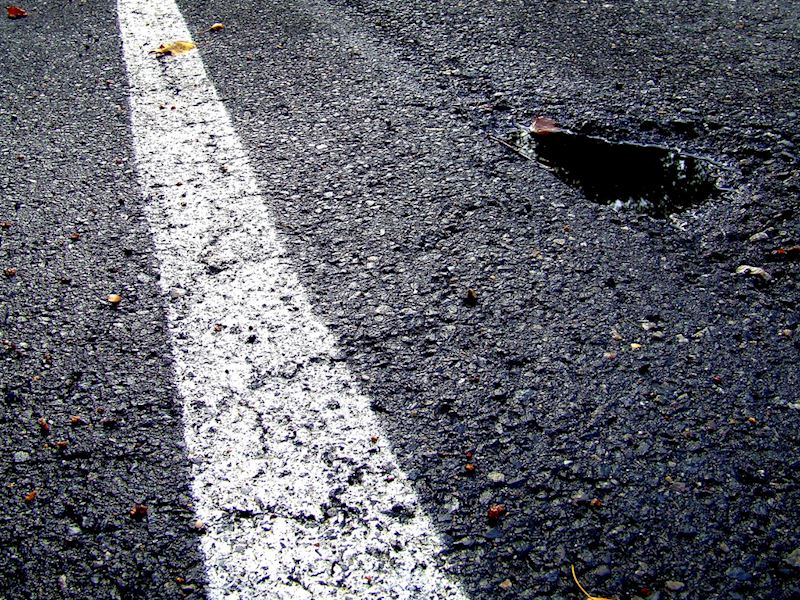 How to successfully make a pothole damage claim

In 2016, the Royal Automobile Club Foundation for Motoring received more than 31,500 claims for pothole damage (one in every 17 minutes), by UK drivers that have had their wheels buckled, alloys mangled, tyres cracked or cut, or their entire tracking and wheel balancing knocked out. Besides putting them into increased risk of getting injured, drivers are also called to pay for costly damages, considering that the average value of a claim is £432. This, of course, includes business cars, vans and trucks, whose expenses weigh on the owner’s/entrepreneur’s shoulders. Overall costs quickly add up if a company owns several vehicles that hit potholes quite a few times a year.

Unfortunately, in the majority of cases (almost 70 percent), councils do not take the blame for a motorist’s damages and leave owners pay for them out of their own pocket. However, a driver’s chances of a successful pothole claim increase significantly if the pothole has already been reported by another motorist (visit streetrepairs.co.uk or potholes.co.uk to confirm whether the pothole you have hit has been reported). Then, councils are liable for defects.

That being said, the law is straightforward – whoever controls the road has a legal duty to make sure it remains to a fit standard at all times. In any other case, the responsible authority should pay for repairs in full.

To improve your chances of successfully submitting a pothole claim and receiving compensation, here are the basic steps you need to take (beware that claiming for pothole damage is a complex and large subject):

First of all, do your civic duty and warm other drivers. This will also strengthen your case. Then, start collecting evidence as soon as possible, including the pothole’s width and depth, so you can prove the authority’s negligence. Take note that many councils only count holes as potholes if they are, at least, 40mm deep, which is about the height of two 20p coins. You could still claim if the pothole you hit was shorter than that; it will be much more difficult, though. Plus, you are more likely to get partial cost of repairs back.

Take a few closeups of:

Then, if there are witnesses of the accident, ask them if they are willing to put something in writing for you if asked (i.e. if the pothole was a hazard indeed or whether it was possible to see the hole on approach or not). Finally, keep a record of the exact time and date you hit the pothole, as well as the weather/traffic conditions.

When you have had your vehicle repaired, keep a copy of the bill, ensuring it is clearly dated and itemised. If you manage to get the mechanic write down that the damage was caused by a pothole, it will help boost your case because it is important to be able to prove that it was the pothole that has caused all the damage. At this point, remember that you are reclaiming the money you have spent to repair the vehicle; not for general compensation.

Check which authority is responsible for maintaining the specific type of road that had the pothole you hit. You can contact Highways England if you are unsure. Broadly speaking, Highways England take care of major A roads while local councils look after local A roads. However, there are exceptions. Once you have figured out who to call, ask if you can download claim forms online or whether they can be sent to you.

List of authorities responsible for the maintenance of roads, depending on the area and type of the road:

It is the fastest way to claim from the authority responsible for the pothole you hit. Use the authority’s own claim process (if possible) and send it off, along with all the evidence they might request. Remember that the more evidence you include, the better your chances to have your claim approved. Many vehicle owners also send a short template letter, where they briefly outline their case and make it very clear that they are intending to take it further if they do not receive compensation for the damage to their company vehicle, as it costs them money.

Once you have sent the form off, it will probably take a while before you hear from the authority responsible for investigating your claim. If you finally get full costs back, then you have every reason to celebrate. However, you may get a partial offer. Many vehicle owners prefer to compromise at this point, to save themselves hassle and time.

Nevertheless, you can move on and make a full claim. This also applies to the cases when claims are rejected (authorities usually quote part of Section 58 of the Highways Act, where the highway authority is not considered responsible for any damage done to your vehicle if they were unaware of the existence of the pothole or that the condition of the part of the road to which the claim relates was likely to cause damage to motorists and/or drivers). You can still prove that the road was improperly maintained, which has resulted in the damage of the vehicle.